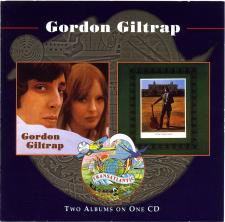 Gordon's first two albums combined and re-issued on one CD.

These early tracks demonstrate the mastery of the guitar that Gordon Giltrap would ultimately become known for, doing more with one plectrum than many guitarists can with all five digits, rather than his vocal skills. He soon abandoned the singer / songwriter style and concentrated on composing and performing on guitar.