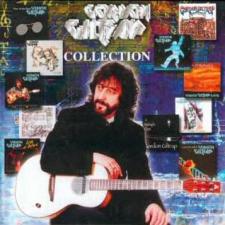 A special priced CD containing a classic collection of Gordon Giltrap 21 favourites taken from his back catalogue up to 2001 plus a selection of 13 pieces recorded live at two of Gordon's shows during 2000. Together they form an ideal introduction to this brilliant guitarist. If you aren't familiar with Gordon Giltrap then this is the CD to introduce him - if you have, then you can get a collection of his greatest tracks at a great price!

CD one opens with four tracks taken from the seminal Visionary album from 1976, followed by Morbio Gorge from the hit album Perilous Journey. This is followed by a selection of pieces, some featuring very special guest appearances by John Entwistle of the The Who on Who Knows Where Tomorrow Goes, and he duets with the great jazz guitarist Martin Taylor on A Dublin Day.

Fairport Convention's fiddle player Ric Sanders makes an appearance on Past Three O'clock, and Sir Cliff Richard contributes some stunning 'backing vocals' on A Misunderstood Man. The rest of CD one is completed with the all star version of Gordon's classic Heartsong featuring Brian May, Steve Howe, Rick Wakeman and Midge Ure.

CD two has one or two surprises, including his amazing version of Summer Holiday, the Davey Graham classic Angie, along with his own arrangement of Here Comes The Sun.