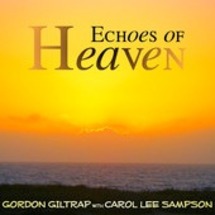 For many years now I have been of the opinion that many of my tunes would make good songs (the Zombies being a prime example) or in some cases hymns. Well, this idea has finally come to fruition in the form of a Gospel album with lyrics supplied by my friend the Reverend Martin Green, who is himself a fine guitar player who has even built his own guitars, and the wonderful Carol Sampson.

Carol is an outstanding singer songwriter and between her and Martin have transformed many of my pieces (ancient and modern) into modern day Gospel songs.

On the 18th of August 2011 the three of us found ourselves in delightful recording studios in the beautiful village of Bredon. Our engineer on the day was a young guy called Dave Draper, a brilliant engineer full of enthusiasm for all that he does. I look forward to working with him again.


On a personal note, I believe that all music that touches us is of a spiritual nature and stands outside the confines of faith or religion. Those of you who have followed my career since the mid 70’s will know that I have always embraced and have been fascinated by projects of this nature. The Visionary album and The Brotherhood being I believe prime examples. This project is an extension of the journey.

What a surprise this album was. Guitar aficionados of all types will know the work of Gordon Giltrap. Down the years he has been nimbly crossing genres with his skilled fingers able to pick out lilting folk music, earthy blues, classical guitar pieces and progressive rock seemingly at will. For those in the know, he is up there with Bert Jansch as one of the great guitar influences of post war music and the 25 studio albums have repeatedly shown him to be a guitar playing maestro.

Although not a Christian, Gordon also has a strong connection with Christian music, having performed and recorded in the early days of Graham Kendrick and contributing a lick or three to Larry Norman's 'Only Visiting This Planet' classic. But it was still a shock when the guitar virtuoso turned over 14 of his beautifully crafted instrumentals to lyricist and poet the Rev Martin Green to transform the tracks to the hymns and worship songs we have here. Another big surprise is that 'Echoes Of Heaven' heralds the comeback of a much loved voice of the British church. As half of the duo Colin And Carol Owen, Carol (today called Carol Lee Sampson) was an influential worship leader and here her pure toned voice works beautifully as she brings new life to Giltrap's inventive and often haunting melodies.

Standouts here include "First Light" (originally known as "The Kerry Dancers"), "Walk Beside Me" ("Elegy") and the title track (originally "Sallie's Song") which Rev Green skilfully turns into a contemplation of Revelation 20 and the wonderful picture of peace and resolution. My particular favourite is "This Father's Love" (this one featuring words from Ms Sampson) though I also have a soft spot for "Heart Song", which was a chart-making instrumental in 1977 and was subsequently used as the signature tune of the BBC TV series Holiday. If ever there was an album that blurred the creaking divisions between secular and sacred music, this is it.