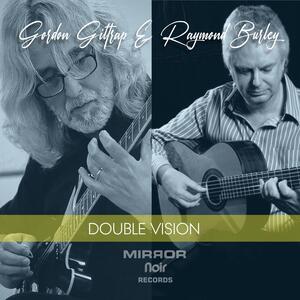 As you know my live album from 21 years ago ‘At Riddles Bar’ was released a few weeks back on Mirror Noir. The next one due for release is the ‘Double Vision’ album with maestro Raymond Burley and I. I love the new cover design. Ray’s solo album ‘The Long Road Home’ will also be added to the roster of material. This was Ray’s stunning arrangements of 17 of my tunes for classical guitar.

Also due out later this year will be the Sheffield Philharmonic’s recording of 'The Eye of the Wind Rhapsody'. My plan is to give as much quality material to the label as possible. Sadly the day of the CD is over for many folk (not me I hasten to add) so downloads are the way to go right now. Of course there is no money to be made but it’s better that people hear the music as opposed to it gathering dust on a shelf. I shall give you the heads up on each subsequent release my friends.

This is a nice testimonial from Ian one of my students on the ZOOM lessons I have just embarked on. 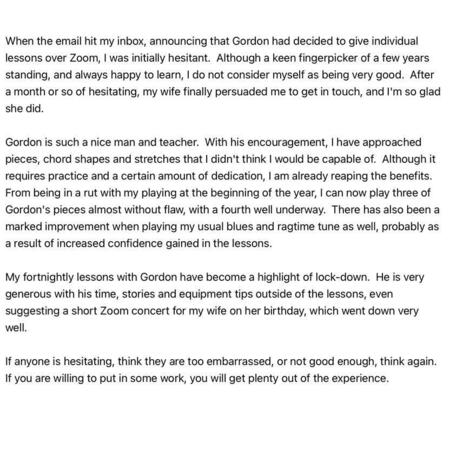 I hope that many more of you will feel confident enough to take the plunge and join me on line for a lesson or two. Half hour, three quarters of an hour and one hour are the options. Most find that half hour chunks work well and give folk enough time to take in all the salient points of the lesson and then go away and practise. Filming certain sections on their phones is also a great aid de memoir!!! Tab is of course sent well in advance before the allotted lesson day. I feel that teaching is an equal part to my performing and composing life.

I feel sure that the time spent will encourage students to create their own pieces, hopefully inspired by the lessons.

Full info can be found HERE

As you can appreciate during the current situation there isn’t a lot going on outside right now, but inside it all continues to blossom on the creative front. I’m still working on the odd piece for other writers, doing the odd guitar overdub etc.

I put an interesting posting on Face Book recently which I think you fellow guitar anoraks will find of interest. I’m enclosing a pic here of my lovely twin necked John Bailey guitar. The essence was really about having the guitar reproduced in limited numbers. Most people thought it was a fine idea. 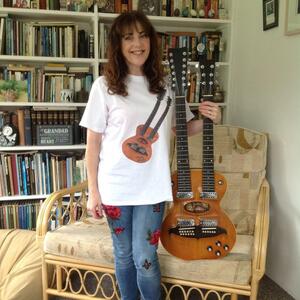 Just to remind you of its beauty here’s a pic, there have been one or two pics taken recently mainly with lovely Carrie Martin modelling the aforementioned beast with matching T shirt courtesy of Fluid Fox, Mark and Jane Day. I have already had serious interest from one of the UK’s most respectable builders, so we shall see. I have even had the blessing of the Bailey family to go ahead if it transpires.

Many will know how iconic this instrument is and has been in my life since the Visionary album of 1976. I used in the studio and on stage with band on pieces like 'Reflection and Despair' and also on my ‘Live at Huntingdon Hall’ DVD, as well as being featured on the cover of my Guitar Maestros DVD.

I foolishly sold it in 1984 via Bert Jansch’s guitar shop in Putney (what was I thinking) and then a few years later I saw an advert in the Melody Maker for sale section for a John Bailey twin necked guitar for sale. It was Hilary who said “it’s obviously yours and if it is buy it back”. Bless her she was right and we travelled to Essex and bought it for more than I sold it for. The phone conversation was quite amusing when I rang to enquire about it and was told it had an interesting history and had belonged to Gordon Giltrap!!!

I have parted with many lovely instruments over the years but really don’t have many regrets. The house wouldn’t have been large enough if I had kept them that’s for sure! 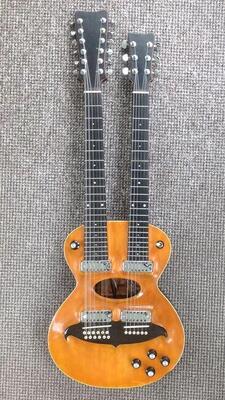 I sold quite a few when I became ill in 2015 and again recently when I had to have further surgery. The good news is that I know they all went to good homes. There are two I would love to buy back, a lovely Avalon guitar and one that was made for me for a special birthday. But at the end of the day these are only “things” and my guitar collection has been seriously reduced in number but I know in my heart that each instrument I have now is used in concert or on album, from my Car Boot guitar through to my Gibson J200 a gift from Pete Townshend and my beautiful Fyldes which are used on a very regular basis along with my Gryphon small 12 string gifted to me from a certain Mr May!

I used the Gibson on ‘You make me Believe’ the choir track for the QE Hospital. I have run out of how many tracks the Fyldes are on plus of course my lovely Vintage JG guitar that was used to record the CD that went with each guitar purchased. I have never been a snob when it comes to instruments. If they sound good and inspire me then that’s the ones I use for the job. The one from Brian was used a few weeks back on a tune written for my grandson Braden. 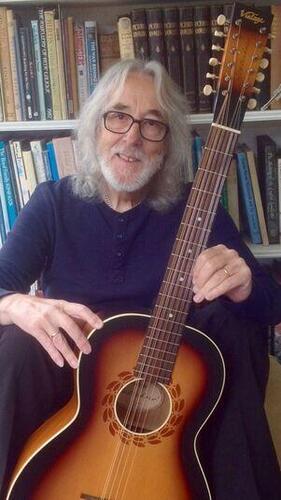 You will remember this pic from a few months back of my cracking new 12 string. Sadly it developed a fault but those lovely folk from JHS promptly exchanged it for another one and I think it sounds even better than the first one. Unbelievable value here, from pretty much all the product the company produces. I still can’t get my head round how they can continue producing great sounding and playable instrument for such reasonable prices thus putting into the hands of players truly fine instruments that can at times rival the big boys (apart from individual world class makers such as Fylde of course) for quality of sound and construction.

I used the instrument pictured on a recent recording and it sounded glorious. I sent the recording to Paul Brett and his comment was “the guitar sounds huge” which it did!

One of the most treasured of friendships that has emerged since lockdown is my ongoing one with the wonderful Jenny Hanley!

We first became friends on Facebook prior to this current situation. I requested to be her friend because I was privileged to have met this remarkable woman way back in 1979 when my ‘Fear of the Dark’ album was released and I appeared on the legendary children's show Magpie which was of course the friendly rival to Blue Peter. Jenny was for many years one of three presenters on the show. On many occasions she was daring enough to do some hair raising stunts like parachute jumping etc. as well as duetting with a young girl cello virtuoso. Was there no end to this woman’s talents? 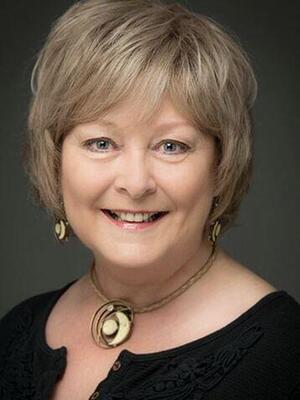 What struck me at the time by this beautiful and charismatic lady was her open, friendly and unpretentious personality. I remember we got into a conversation about women’s perfume of all things and she said she preferred the smell of men’s aftershave to perfume and that was what she wore at the time. She has since confessed that now she is a grandmother she wears more conventional perfume!

Anyone can look up the dear lady’s history on Wikipedia of course and very impressive it is. Both her parents were major movie actors, her mother being Dinah Sheridan who starred in many films, the two most memorable being the part of the mother in 'The Railway Children' and prior to that opposite Kenneth Moore in the legendary movie 'Genevieve'. Her father Jimmy Hanley also appeared in many movies. He had a wonderful smile and Jenny has obviously inherited her looks from both parents. Her grandparents on her mother’s side were photographers to the royal family and her brother Jeremy is a Knight of the Realm.

Jenny had for many years a flourishing modelling and acting career and was even at one point a Bond Girl opposite George Lazenby in ‘On her Majesty’s Secret Service’. Since then she has been spent her time as a broadcaster and hosts her own show on Boom Radio on a Saturday afternoon between 2 and 4pm. This is a relatively new post but she has already captured the hearts of her listeners with her warm and friendly delivery and has been asked to host a show on Easter Monday from 4 till 6 pm, which of course she is thrilled about and deservedly so. Viewers may also have seen her on TV as a guest on Pointless Celebrities.

Last year I asked her if she would narrate a poem that my darling Hilary wrote for me years ago entitled ‘Precious’. Jenny kindly agreed and sent me 4 demo versions recorded on her phone, and believe it or not the quality was good enough for Paul Ward to work his magic on, and now her lovely voice will be gracing a track on our new album planned for release later on this year. So now lovely Jenny is officially “Prog”...grin grin.

We speak virtually every few weeks and she truly brightens my day, and I am proud to call her my friend. Please God when this situation returns to some semblance of normality we can finally meet up again after all these years and have a hug.

Thank you Jenny, Hilary and I think you are lovely .xx

I have recently been asked to do a few interviews. One of them is interesting in as much as it for a Cliff Richard dedicated radio station that features all things related to “sir”. This year marks the 25th anniversary of Heathcliff .Can you believe it 25 years?

Anyway they want to chat with me about my memories of the show of which there are of course many. I personally had a wonderful 7 months in the show and it holds very fond memories for me which I hope if my memory serves me well I can impart when the time comes. God there are a lot of memories in this paragraph!

The chap wants to do it via Zoom from New Zealand! Good job my internet connection is good!

A few rescheduled shows are coming up for 2022. I must confess that since getting off the treadmill of travelling and performing I’m VERY nervous about treading the boards again but if it’s meant to be then so be it. Keep an eye on the website to find out more once we have confirmation.