Re-release of  Airwaves and Peacock Party 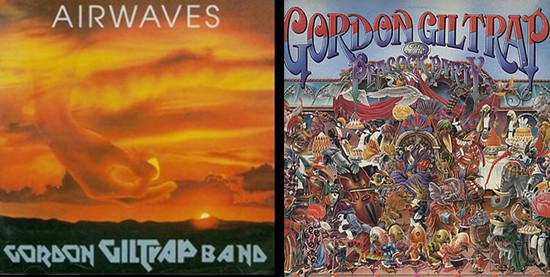 There are two more nice re-releases from Esoteric coming out in June 2014, Airwaves and Peacock Party. That multi-talented Oliver Wakeman has once again done a fantastic job of recreating both covers along with submitted archive stuff from me plus new interviews with Malcolm Dome, who is a veritable mine of information when it comes to classic albums by virtually anyone of note you care to mention.

The bonus tracks on Peacock Party are particularly interesting in as much as I didn't write them, BUT I sure as hell played on them! They are two songs written I believe by Shirley Roden with additional vocal on one track by none other than John Gustafson. I hadn't heard these two tracks  in over 34 years, so to hear them again was quite a revelation, particularly my crafted electric guitar parts on both titles which are, Shel-em-Nazam, and Bella Donna, both inspired directly by illustrations from the book.

Full details in the discography HERE