Captured From A Point In Time CD 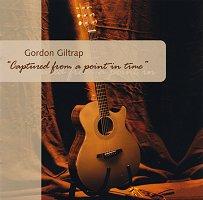 
"Captured From A Point In Time" is a re-issue of the aptly named "Fingers Of Fire" which was released as a fund raising tool in 2003 as part of the Make Music Live Campaign for The Arthritis Research Campaign.

It was only ever available in a very limited quantity direct from them, so when Gordon discovered that the charity were no longer selling the CD in 2006 he decided to reissue it.


The recordings were all made live at various locations around the UK, and this collection cherry picks some of the best. It has been well received by the music press.

"Gordon's lyrical touch is as forthright and stunning as ever .... every offering here demonstrates the touch of a master"
Simon Bradley - Guitarist Feb 2007