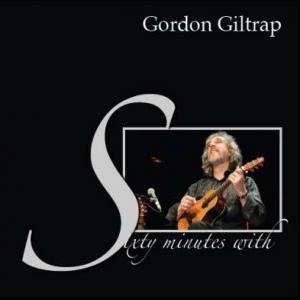 Released on 19th March 2007 by Voiceprint

Yes we have included the obvious hit single in Heartsong but we have also included some of Gordons fabulous solo playing including a tribute to one of Gordons greatest influences Bert Jansch and included the standard Angie from the album Janschology.

It doesnt end there either also included is the track Misunderstood Man / Be With Me Always from Gordons stint as a member of the cast from Cliff Richards Heathcliff musical.

Finally there is the collaboration with classical guitarist Raymond Burley and we have included two tracks from the album Double Vision ( Down The River and Under This Blue Sky ) which prove beyond a shadow of doubt Gordon Giltraps versatility and mastery of the guitar.

I really like the approach that Voiceprint are taking, lets take an established band or player and explore their history and heritage through 60 minutes of their music.

Gordon Giltrap is a well known name in the music world, and a name that deserves higher stature than he currently gets. I find it an anathema that people with absolutely no musical ability, but a penchant for getting arrested are the ones that get all of the musical press. Maybe Gordon Giltrap should move to New York and carry a 9mm automatic!

Gordon is a self taught musician, who started playing at the tender age of twelve. His career has spanned 40 years and during that time he has played with just about everyone if the world of musics Whos Who.This CD showcases Gordon Giltraps wide musical styles, from Rock, to Folk, to slightly Classical and on occasions Jazz, they are all to be found here.

Included in this compilation is Heartsong which was without doubt his greatest commercial single, also included though are a number of his less well known works that deserve far more recognition than they have so far received.

For a very pleasant musical experience take Gordon out for a spin, you can buy it at record stores everywhere, or online.

Visit the Discography pages for more information or use the link below to buy.