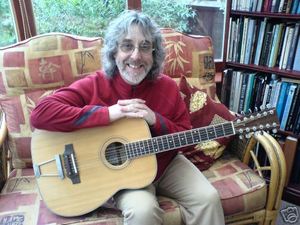 This Harmony twelve string guitar was bought by Gordon Giltrap in 1966, and was used on his very first album release for Transatlantic records and has been used on and off over the years for many of this legendary guitarist's recordings. This guitar is a HUGE part of Gordon Giltrap's history stretching back 40 years. 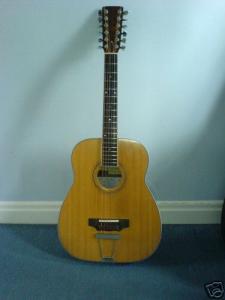 Album tracks where the guitar was used:

Ive's horizon
Confusion
Innerdream
Theme From The Waltons
Sallie's Song
And many more.. 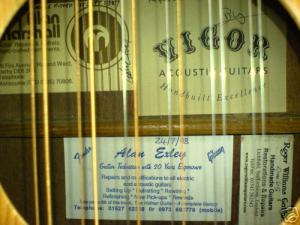 During its lifetime this guitar has gone through many changes. About twelve years ago a superb bound ebony finger board replaced the original rosewood one. This work was under taken by Martin Cole. -- The instrument has been worked on by some of this countries leading Luthiers including Tom Mates, Roger Williams, Phillip Vigor, Allan Exley and Allan Marshall. -- 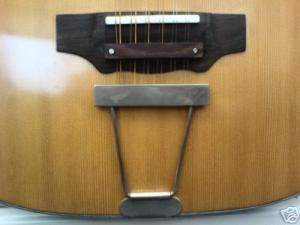 At one point in its long life the floating bridge and tail piece were replaced by a pin bridge but over the last year this has been expertly brought back to its original design of tail piece and bridge. 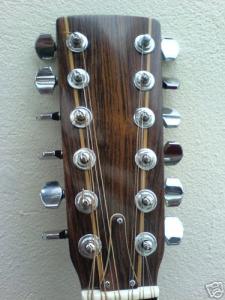 The slotted headstock has been filled in and the front of the headstock veneered to accommodate rear mounted machine heads. 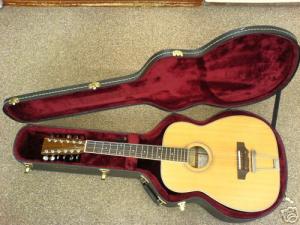 The action and intonation is superb. Twelve strings are notorious for playing out of tune further up the neck, not so with this instrument. --

Sorry folks - This guitar has now been sold to GG fan Lee.