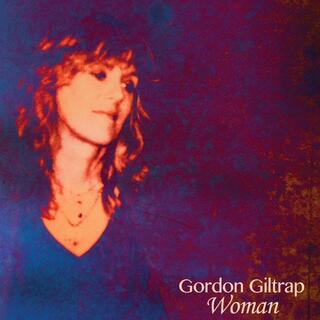 Over the years it has been my pleasure to compose music dedicated to special ladies, usually requested by their husbands as a surprise for their beloved’s special birthdays. It then occurred to me that I possibly had enough for a complete album. I put the idea to Angel Air records and they said “yes" so to cut a long story short the record is set for release in January. The 14 track collection is entitled WOMAN. Here is the artwork for the cover, an image taken of my lovely wife Hilary and one that I think works beautifully. How privileged am I to have married such a beautiful looking lady.

More about this album on its release. 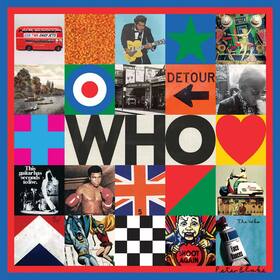 The new album by the Who

Well folks its official. The brand new Who album 'WHO' is released on November 22nd, and the track Pete asked me to play on 'She Rocked My World' is on there. If you go to the Who's website it gives more information. 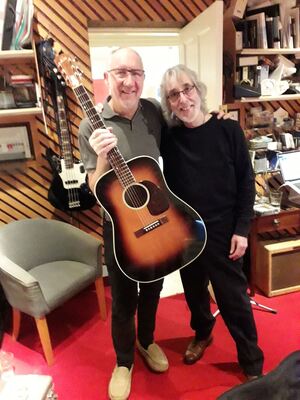 Bearing in mind that it has only been a few months since my last lot of surgery I have been pretty busy having played three concerts. The most significant one being The Stables Theatre in Wavenden, one of my all-time favourite venues in the UK.

I play there once every two years and it is always a privilege to be stepping out on to that stage where many of this country’s major artists choose to play. Returning there is even more special because I'm so pleased to have recovered enough to continue doing the thing I love, and that is sharing my musical gifts to anyone who cares to listen.

It was so lovely to see old friends Kaz and Leigh Greenham attend the show and for me to play the tune 'Kaz' I had written for her so many years ago now. Having the person you composed a tune for there in the audience does to a degree add a bit of pressure, but I'm pleased to say that I performed it well enough to do justice to such a significant tune for a special person in our lives.

In the audience was also Nick Campling the man who singlehandedly re invented the guitar capo with his now legendary G7th range of superbly engineered capos. It was a privilege to give him a mention and for him to be applauded for his contribution to the music industry. It was lovely to also meet Mrs Chris Campling after the gig. 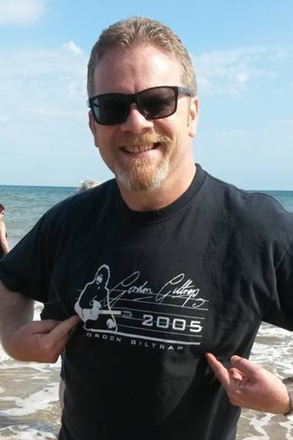 It's always a pleasure to do concerts organised by Chris and Annie Abrams. They have become good friends over the years and always make us so welcome in their Norfolk home and work their socks off to make sure the concert is well attended which I'm pleased to say it was.

As I write this I heard yesterday that their beloved cat was run over by a car. They are understandably heartbroken because like all animal lovers the cat meant the world to them. We send condolences on their sad loss at this time.

On our way home from my Sharrington concert we dropped in to see Rick and Paula Olsen, it was Paula that I composed 'Paula's Passion' for. They are a remarkable and lovely family. Here is Rick proudly wearing his GG T shirt.

This concert was originally booked in to neatly follow a gig in Tavistock which unfortunately didn't come off. I shan't bore you with the details. Although quite a way to travel for one concert I'm so glad we did because the venue, the organisers and the audience were an absolute joy. Kate and Graham who were originally from Brum made us so welcome in their stunning 14th century church.

It was also a great opportunity to see our old friend that brilliant photographer Rob Jewell whose photographs of me have been used significantly over the years for publicity pics and recently for the cover of my biography. He was there with his lady Mercedes, his sister Toni and her husband Jonathan whose beautiful home we stayed in after the show. Also great to see our old rock guitarist and journalist pal Lars and his wife Teresa. 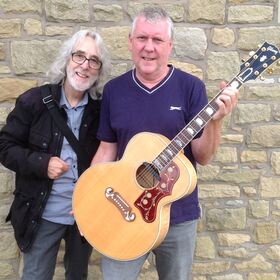 A huge THANKYOU to Paul Roberts for organising my workshop and evening concert on Saturday the 21st of September at Stalmine village hall in Lancashire. Both workshop and concert were well attended and it was so good to see my old friend Fran Lawson seen here holding my beautiful Gibson J 200 Pete Townshend guitar.

On our way up to the Stalmine event we dropped into see this country’s finest glass artist John Ditchfield. Whilst there I gave him a copy of 'The Last of England'. After watching the great man doing his work we said farewell, and by the time we got to the car the album was blaring out across his vast workshop. It sounded glorious. 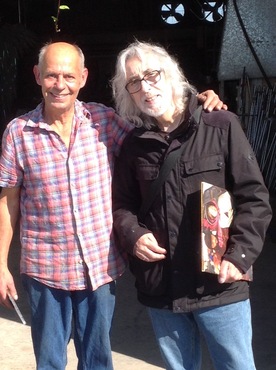 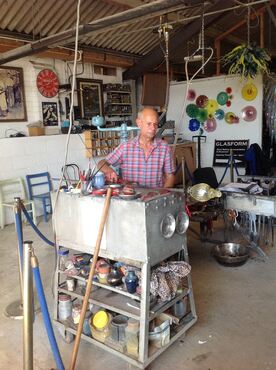 You will have already seen the listing for my next SHARING DAY in Frodsham with special guests Martin Pleass and Michael Gough.

Please contact Sue Holton via ggiltrap+sharingday@gmail.com if you want more info or to book your place for that weekend. 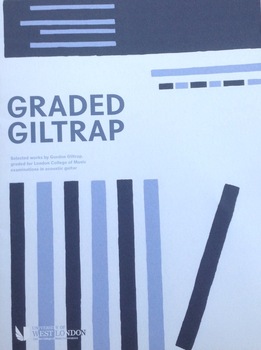 At long last this book is completed and available to students from LCM. I'm so honoured to be a part of RGT and LCM, and feel that I'm now "legit" having been recognised in this way as worthy of inclusion as part of their acoustic guitar syllabus. 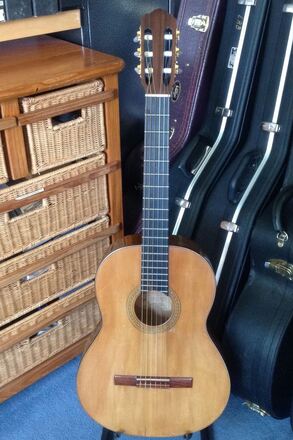 This lovely old Harald Peterson guitar was probably made in the late 50's or early 60's and was a gift from Hilary many years ago. A friend of ours took a shine to it and because I wasn't using it any more I sold it to him. I had regretted it ever since and was able to buy it back.

I used this lovely old beast on my 'Midnight Clear' album. Peterson made guitars exclusively for the Spanish Guitar Centre in London and then it was considered to be a student model but in my opinion it is far better than that having been made from fine tone woods including flame maple for the back and sides and ebony for the fingerboard.

It probably needs a degree of restoration but I keep for obvious sentimental reasons.