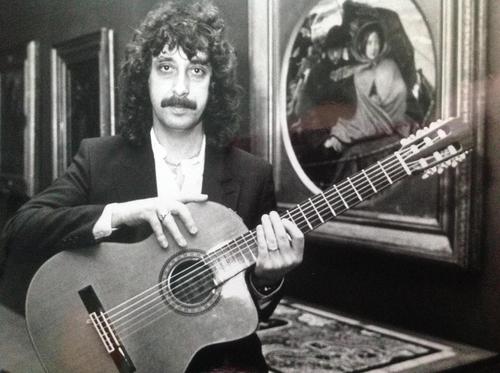 Hilary unearthed this pic from 28 years ago taken at the Birmingham Museum and Art gallery shortly after I had composed THE BROTHERHOOD. It finally made it on to album this year. I hope it was worth the wait!! My concert at the beautiful Sandon Hall on September 9th was indeed special, mainly because to my joy and surprise ACCESS ALL ARIAS who shared the evening with me had as one of their members the wonderful Helen Hobson who starred with Sir Cliff in Heathcliff. We hadn't seen Helen in best part of twenty years and it was indeed a joy to see her. Because of the weather the concert was moved indoors, but this in no way detracted from the evening, and my thanks go to Andy Reiss from Beyond the Barricade for helping to create the evening and working his butt off organising and mixing two sound systems. Here are a couple of pics from the evening. It was great to have Malc and Karen there to help selling merch and generally helping with loading out the gear... Malc that is not Karen! What a stunning backdrop to my concert at St James Church in aid of Teenage Cancer and the Scout Hall. A lovely turnout and about £950 raised for the charities. My good friends Keith and Fiona Meredith were in attendance and it gave me great pleasure to play "their" tune Fiona's smile at the start of the second half. Good to have Malc and Karen there once again at the show. I know that Keith has written one of his delightful accounts of the evening on my Forum. This guitar found a good home when I mentioned it was for sale on Facebook and was sold within 24 hours.

This guitar made by Roger Williams was used on Shining Morn and on the Double Vision DVD as well as on stage.

Its new owner lives in Sweden but is a Brit.

At the beginning of last month Hilary and I spent a very pleasant three days with Mike and Margaret Stranks in their lovely Cotswolds home. Mike invited me to theirs to do some recording. It had been ages since I had composed a new piece, and here was an opportunity to record it on a new guitar. The last time I recorded with Mike was well over two years ago and it was a joy to be working with him again. The piece to be recorded had been commissioned by my pal Pete Bonner of Psychotron Records as a surprise wedding anniversary gift for his wife Linda.

Pete had asked me a few weeks back if I would consider writing something, but I said it would be doubtful because of the limited time given. Anyway to cut a long story short I came up with the goods and used the handmade guitar featured in last month’s News Page, the one made by Graham Warren. Mike was pleased with the recording as was I and the new guitar recorded exceedingly well.

Pete and Linda loved the piece I'm (obviously) pleased to say. Oh by the way the title of the piece is entitled 'The Stars Look Down on Linda' Romance is alive and well methinks! This slightly out of focus photograph was taken a few weeks back at the home of our friends Nick and Judith Hooper and their daughter Rose. As you know from the concerts page Nick and I are doing a gig together in November and Nick came to our place last month for a rehearsal, this time with his new Fylde guitar. Nick is a brilliant guitarist, BAFTA award winning film composer (he wrote the music for the last two Harry Potter movies) and lovely person. We are having a lot of fun making music together, enjoy each other's company, and the blend of the two Fylde's works really well. I'm so looking forward to the evening. Here is a pic of my old friend Colin Welfare playing my very first six string guitar that he purchased from me in about 1967/68. It’s an Italian made Crucianelli, a company that made not only guitars but also accordions. Heaven forbid!!!.....No disrespect to the accordion of course, a wonderful instrument and one that I featured on my Shining Morn album played by the wonderful Karen Tweed. I have a vague memory of him and me stripping off the thick layers of polish on the front to see if it would improve the sound, apparently it didn't it! Never mind.

I have this dreadful pic of me playing it looking every inch the mod that I was then, trying to look cool!

Bless you Colin. You have kept it all these years!! LS16 Yamaha - My guitar this month is a recent acquisition bought from Guitar Guitar in Birmingham. I part exchanged that big red bodied archtop for it after deciding it wasn't really for me and therefore wouldn't really be used. This guitar however will and is being used.

I have always had a fondness for good Yamaha instruments after endorsing them in the 70's and then in the 90's with Martin Taylor. I used a lovely LA 8 model on 'Forever Gold' on Shining Morn.


What I like about Yamaha's is the robust build and attention to detail. This is part of their 'handmade' range and sports solid rosewood back and sides a spruce top and a luxurious ebony fingerboard, and this one came with the extra of an L A BAGGS pickup fitted by the previous owner and sounds really nice! My column for this excellent magazine continues with part one of 'This Father's Love' from the new album, and part two is already in the can for my next column in two months’ time.