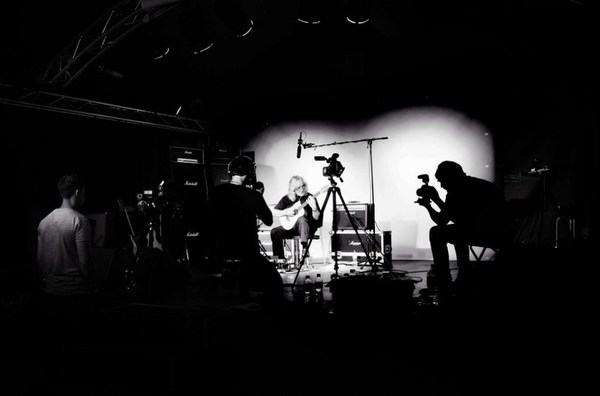 I am now an endorsee of Marshall Amps, and on the 15th of August my grandson Jack (who is a great kid and a fine budding guitarist) and I were in the Marshall Theatre in Bletchley for a film and photo session for this legendary company.

I think it goes without saying that the Marshall name is probably the biggest and most famous of amplifier manufactures in the world, and the Marshall name is synonymous with everything “rock” related. The legendary names associated with the product are really a who’s who in the music world.

It was a privilege to have known Jim Marshall for many years and since becoming  a Water Rat in 2000 he became a good friend, whose company we have enjoyed on many an occasion, particularly his birthday parties each year. A great man and sadly missed.

I often tell the story of being in Jim’s home and seeing him making bird tables for his friends, and consequently we are the proud owners of a “signed” Jim Marshall bird table. How rare is that! 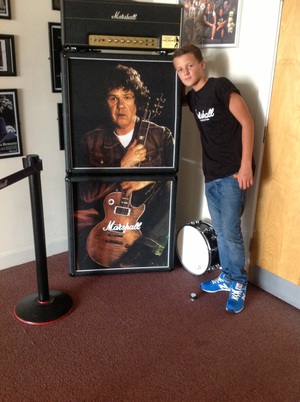 Anyway, back to the day. We arrived early and were met by the lovely Jackie McKenna the company’s head of marketing who kindly gave us two Marshall T-shirts. Jack was already wearing his white one, but was delighted to have a cool looking black one, and after a quick cup of tea in the “Tasty Cafe”, Jack and I watched Chris George, Marshall’s in house guitar demonstrator going through his paces. Chris is a nice guy and a great player who reminded me that we met a few years ago at the Frankfurt Trade show.

It was then time to set the stage for me. I decided to use two amps linked in stereo, and the sound was wonderful. Because I am SO used to speaking to camera, my takes were all pretty much the one take variety, much to the pleasure of the crew.


During the course of the filming I played several pieces including Mrs Singer’s Waltz, Five Dollar guitar, The Picnic and finally a full length version of The Dodo’s Dream.

A fantastic day for both Jack and I as we proudly wore our Marshall T-shirts. Yes, I decided it would be good to wear the brand for the filming and why not!

I’m very proud to be associated with Marshall for many reasons, many of which are pretty obvious, the main one being the continued link with my friend Jim Marshall, and the exciting possibility of being a part of the development of their acoustic range in 2014.

Watch this space (and YouTube, Music Radar and other sites) when the filming is completed. As I said earlier, a great day and a lovely memory.

Here’s another nice review for album.

In between writing this I’m frantically trying to learn all the band material from Ravens in readiness for the BIG ONE on October 5th at the Summers End Festival. Day tickets are now available online HERE for this festival.

As of writing this Oliver and I are number 15 in Cherry Red’s top fifty selling albums for this period!

Just to let you know that the session we recorded for Bob Harris a few months back with our special guest Paul Manzi is being broadcast at midnight on Sat 31st  August going into Sunday 1st September. You can listen to the session  HERE 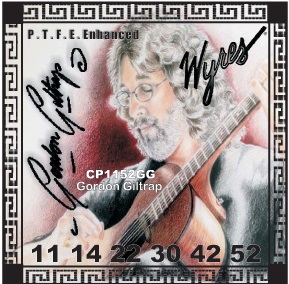 My new signature strings are now available via whatever route you fancy- Ebay, Ivor Mairants or direct from www. hinesightdistribution.co.uk Tel 01634 241213.

These sets aren’t cheap I have to be honest, but being a coated string they last for ages, and to my ears they sound lovely, and as I say on the packet.”They have an indefinable sound”

It has been many a year since I have used a handmade string, and many of you will know my long association with Newtone strings and my massive contribution to their design and the company’s success, so it’s lovely to return to the “hand made fold” once again. I look forward to a long and fruitful relation with this lovely Canadian company.

A big thank you to Rob Taylor over there in Canada for helping to make this happen and to Jan Leytham Gain for her artwork, and of course to Nick and all at Wyres. 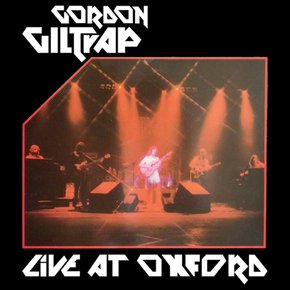 Last month saw the re-release of the “Trilogy” of albums from the late 70’s Visionary, Perilous Journey and Fear of the Dark. This month sees the re release of Live at Oxford.

I have yet to receive my copy but I have it on good authority from Oliver that it looks good. Once again Oliver has worked his magic on the sleeve designs, and they really look better than ever, really crisp with loads of archive material to take you back in time to when we were all so much younger!

It was with great pleasure that I performed a fund raising gig for my friend Andy Smy for his local Hospice near Barnstaple on the 27th of last month. A cracking audience and over £800 raised for this oh so worthy cause.

A big thank you to Andy and Jenny for hosting us, and to Andy for those cracking pictures taken on the night, one of which is now pride of place on my Home Page. 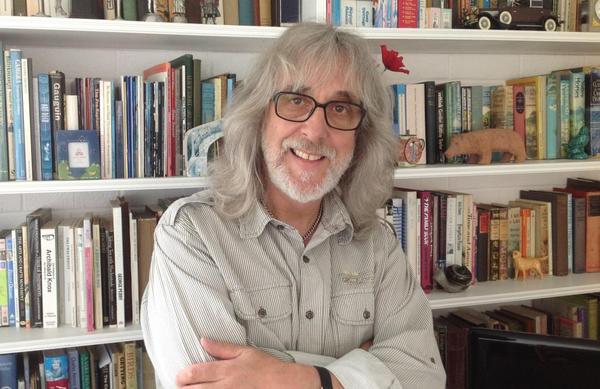 Well I took the plunge and got some new spectacles. They take a little getting used to, but, hopefully will adjust to the larger frames. Next step...hair cut, (for the more observant of you,  I'm still deciding if the red flower in the hair is a good look for gigs) ! 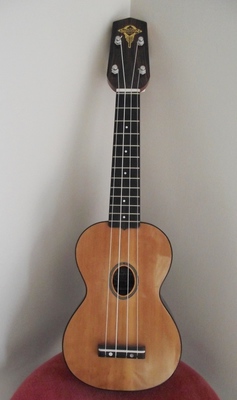 The late Dave Hodson was such a generous man. During the time I knew him he gave me a Gypsy jazz style Mandolin, a Tenor guitar and this Uke.

The Mandolin has gone to Maddie Martin, and the Tenor guitar was given to Acoustic magazine as a fund raising tool for Rob Armstrong when his workshop burnt down.

Although I don’t play the ukulele I used this one somewhere on a track a few years ago.

It is a beautifully delicate instrument and needs a bit of attention to the bridge.

A lovely reminder of a special guy, who although a tad eccentric was a kind and generous soul. This instrument is a nice reminder of the man.

Due to personal circumstances my good friend Trevor Jones will no longer be involved in the new website. He has recently taken on a fairly high pressure job and feels he can’t give the website the time and attention it deserves. I shall miss him being there as my guitar tech but more importantly my friend. The friendship will of course continue but not on such a regular basis due to necessary frequent visits over to beautiful Ironbridge close to where Trevor and his lovely partner Kerry live.

We wish Trev all the best in his new post and all the best for the future. Watch this space for new developments for www.gordongiltrapguitars.com

Next month I’m interviewing Nik Kershaw for Guitar Practised Perfectly, and will be reporting back. Looking forward to it.