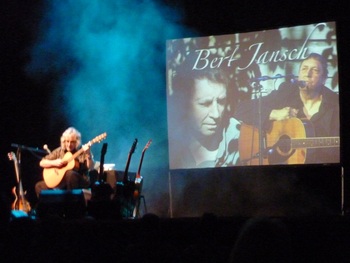 By the time you read this, dear Bert will have been laid to rest in London’s Highgate cemetery. We will have attended the funeral, and will have burned in to our memories the deep sadness of that day.  I and I’m certain many people here and across the world will be feeling the same as I about this remarkable person, and that we can’t believe he has gone. I don’t think I will ever really come to terms with his passing, although I have gone through the scene many times in my mind since hearing of his illness and after visiting him in hospital two years ago.

Those within the inner circle know how desperately ill Loren is right now. She is an incredibly brave and remarkable person.

If you haven't already done so, please follow this link to read my tribute to Bert when you get the time. I could have written pages, but I know that what I have written is from the heart.

I will write an article about the funeral for next months News.

R I P Dear Bert your time here was far too short and we shall miss you very much. There were quite a few hurdles for me to overcome at this concert.

1. The turnout was sadly VERY small.

2. Knowing that my dear pals David Fawcett and Andy Reiss from Beyond the Barricade would have lost a very substantial amount on this concert.

3. My good friend Troy couldn’t make it in the end due to a horrendous traffic jam just 16 miles from his home near York. This would have got him into Brum about 5-pm in the middle of rush hour traffic, leaving hardly any time for a sound check and rehearsal. On top of that he had to drive home afterwards in readiness for his next Bad Shepherds concerts. Bless him, we had a wonderful two days rehearsal creating magic music and creating a lovely memory, so all was not lost!

4. We were just five days on from my dear friend Bert Jansch passing away. The entire concert was dedicated to his memory and a lovely image of Bert was on the screen at the top of the show. I decided to play Angie in honour of his memory.

All in all a pretty tough one for me in all areas. This was NOT the fault of those lovely folk who did make the effort to attend, and for them I believe I created a special and emotionally charged evening.

My sincere thanks to Andy and David and to Sue and Mike Holton who drove all the way up from Kent to help out with the merch and general stuff like driving us to the concert and helping with the load in and get out.

I’m certain that those who did attend enjoyed the music, and the experience of the wonderful light show and superb back projection.

My JHS Vintage guitar series is going from strength to strength with the addition of a mahogany model based on the GG original. This guitar represents outstanding value for money, and will hopefully garner similar accolades to it's older cousin.

Click the icon at the bottom of the page to see the latest advertisement.

Since embarking on these private concerts, one has always been very careful about the nature of the event. For example, I have always steered well clear of playing at weddings, where the reasons are pretty obvious: Folk don’t go to a wedding for a sit down concert with Gordon Giltrap. Until now that is - my second wedding reception this year!

It was with great pleasure that I performed at the wedding reception of Susan and Clive Banks.

The location was Camerton Village Hall just outside Bath. The weather was unbelievable and during that amazing few days we had at the beginning of October! Hilary and I arrived early to set up, and the caterers were there laying out the tables with period crockery, and beautiful it looked too. The audience were lovely, and in the main most respectful of the Troubadour’s efforts. We really had a lovely time and were looked after right royally at the reception, and the B & B was delightful. I even met a lady who lived very close to my childhood home in Deptford, so it was great to reminisce about those early Deptford years, although if truth be told, the lady in question was many years younger than me!

Hilary and I would like to thank Susan and Clive for choosing me as their special entertainment on their special day. Once again two lovely people (we keep meeting them) who are starting out their married life together. We wish them great health and happiness in the years to come.

You can read Susan and Clive's review by clicking HERE It was great to see my partner in 4 Parts Guitar recently. Clive was working in Brum in a club in Kingswinford and asked if he could stop over with us. Congrats on making the front cover of last month’s (Nov 2011) issue of Acoustic Magazine Clive...Well deserved!

In the October issue of Classic Rock Presents Prog, there is a feature on page 16 about my brief experience as a pop star! The feature is about unlikely candidates for hit singles. Interesting archive pic also!

See for yourself - click the icon at the bottom of the page.


Review of 'The Long Road Home' book by Selina Madeley at the Stafford Guitar Centre.

His partnership with Gordon, as one half of the duo Double Vision, has given him a classic insight into Gordon's music and has made him the ideal candidate for this unique 'project' of offering these compositions in 'classical' arrangements (presented in 'standard' tuning with the occasional dropped D).

You can read a brilliant review of 'The Long Road Home' book by Selina Madeley at the Stafford Guitar Centre by clicking HERE. I was at Langham Church in September where I re-met an old friend of mine, Jeremy Clulow. I hadn’t seen him for donkey’s years, and he looked exactly the same, which was most annoying!

Anyway we were chatting guitars and he told me that he had sent his mid 70’s Fylde 12 string back to Roger Bucknall to see if he could find a new home for it. Jeremy said he didn’t want a penny for it, just a good home!

The good home was found- IN MY HOUSE. Yes folks he very kindly gave me this stunning 12 string, which is exactly the same model as the 73 12 string featured last month. That guitar had been superbly restored by Roger with a brand new top, new binding on the fingerboard and a re-fret. So to all intents and purposes it was like new, and being such needed playing in again.

This one has had many a year to mature and is in perfect playing condition. All it needed was a polish, a small set up and a new set of strings. This guitar sounds SO beautiful that I have decided to have it as my main gigging 12 string. It is truly an inspirational instrument and my thanks good to this very generous friend. I used it for the first time at Beech Village Hall on 22nd of October.

This lovely instrument is superbly modelled by my five year old grandson James.