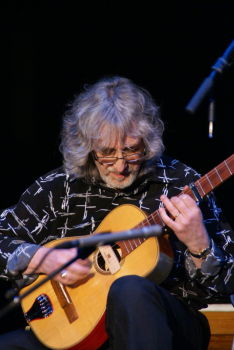 
March the 7th 2010 will remain in my memory for many years to come. That was the day that I was one of the invited guests of Tommy Emmanuel for his UK Tommy Fest event held at the Harrow Arts Centre.

I had met Tommy a few years ago when I was on the same bill has him at The Custom House, South Shields. I of course had heard SO much about this Australian guitar wizard but nothing really prepared me for what I heard that night. Since that time I have seen Tommy only once on stage a couple of years back with Andy McKee in Sheffield....another night to remember! So it was with great anticipation and pleasure that I was to share the same stage with him again.


What can one say about the man that hasn't been said before? He is without doubt one of THE great steel string guitarists in the world and one of THE most exciting live performers ever.


I shan't waste time telling you about his performance on the night, solo and with the outstanding and wonderfully warm person that is Frank Vignola and his trio, or the jam session afterwards in the dressing where my good pal John Etheridge joined Tommy and the lads for some ferocious hot club style playing. 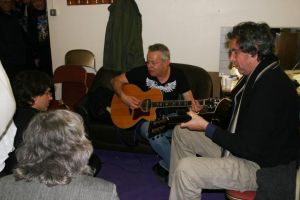 What I want to tell about is the quality time that Tommy and  I spent together after the show in his hotel room until 2- am in the morning sharing a bottle of red wine, telling each other our life stories, he showing me photographs of his beautiful children, and sharing each others music.

As a player he is without doubt getting better and better if that is at all possible. This man doesn't play at interpreting the music of Chet Atkins and Django Reinhardt he is the real deal and can really play this stuff. I felt very honoured to play Tommy some of my music on his beloved old Maton guitar, which has an even lower action than my guitars... SO easy to play... it was joy. 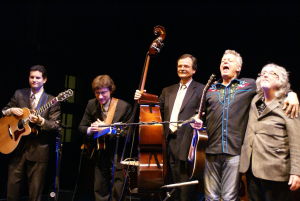 Tommy is a complete one off and the guitar world hasn't seen his like before and I doubt ever will again. I say long life and good health to you dear Tommy. The guitar world and the world at large is a far better place for you being in it. You give such energy and inspiration to thousands of guitar pickers around the world.

Be Well Tommy and here's to the next time eh buddy ?

The prototype of the new Armstrong designed GG guitar has arrived and is being meticulously given its final once over before going in to manufacture. All I can say is... WATCH THIS SPACE. This guitar is OUTSTANDING.... nuff said for the time being.


ARMY OF THE PHARAOHS 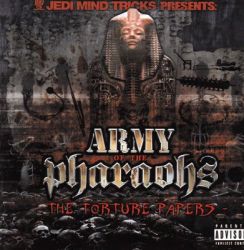 A major hip hop band from Philadelphia called Army of the Pharaohs have sampled my composition Revelation and have added their rapping to it. Revelation was on The Visionary album released in 1976. How or why a modern day USA rap group from Philadelphia would want to use a track from a British acoustic guitarist is astonishing.

Anyway I thank our beloved web-mistress Sue Holton for bringing it to our attention and in turn to the attention of my publishers, who are looking into it.

Here is the link if you want to have a listen...be aware though, the language is pretty bad! All Shall Perish (The Torture Papers)

In a strange sort of a way this gives old GG a degree of street cred don't you think.... grin.

Will keep you informed of the outcome.

By the time you read this the new album will have FINALLY been edited, mixed and ready to roll as they say. It was originally going to be a double album, but fortunately we have been able to get all 75 plus minutes of music on to one CD which will save on costs and make the whole thing a lot more straightforward in terms of packaging and trying to be a little greener if that makes sense.

The album will contain pretty much all new material apart from a few re-visits to some early vintage GG pieces. The final tracks features the lovely piano of my dear friend Mr Rick Wakeman... God Bless Him!

This free download ( at the bottom of the page ) is an exclusive mix of NIGHT - a brand new recording of the piece that originally appeared on The Visionary album way back in 1976. Hope you like it! A different mix (only slightly) will appear on SHINING MORN.

Thinking of booking Gordon for a private event ? Why not make your personal concert with Gordon even more memorable by having a CD recording as a memento of your exclusive event?

Subject to availability, Mike, one of Gordon's regular sound technicians, will accompany Gordon and make a recording to professional standards of Gordon's music and chat. He'll also include any short speeches from the occasion as well as audience reaction and applause. The recording will then be mixed, edited and mastered and presented to you as two copies of an audio CD with appropriate artwork and in library cases. (Further CDs can be produced at additional cost.)

To find out more about this permanent reminder of your private concert please ask Sue Holton for details when you first contact her.