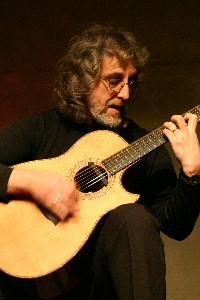 For his first visit to Malta, Gordon played to a capacity crowd in the stunning Manoel Theatre, Valletta. Click here to read how things got off to a bad start but ended up, in Gordon's own words 'a triumph'.

Well, where did April go?

Next month is looking good, with my interview for Ken Bruce's 'TRACKS OF MY YEARS' slot being arranged as we speak!

For those who are not familiar with the format of the show- each week they feature an artist choosing two pieces per day over five days. These pieces should reflect seminal moments in their life and career, pieces that have had a life changing effect on them as people and musicians. Personally I can't wait to chose pieces that I would like to share with the nation. Pieces that for me bring back so many memories from early childhood to pretty much the present day. Watch this space!


On Monday the 28th, Hilary and I along with our good pal Leigh Greenham took the day out to see our Rick in concert at The Stables Theatre in Wavendon on his new leg of The Grumpy Old Picture Show tour. We used the time to grab Rick for a photo session for the Brush and Stone album cover, plus filming more footage for the concluding part of the DVD part of the album. All went pretty well considering how busy Rick is right now, and I think we have managed to nail a photo for the album, and the interview went well with Rick adding his VERY humorous asides to the interview.

The album is planned for release in September and the artwork is being done by Jan Leytham who did my 'As it Happens' album cover and is looking good. I have no definite plans as yet to disclose the promotional plans for the album or indeed a possible tour to coincide with it's release, but suffice to say that we have a few ideas in the can, and forgive me if I say once more...watch this space.

Hilary and I are off to Malta for a one off show on the 5th of this month, and I shall let you know how that all went when we return. 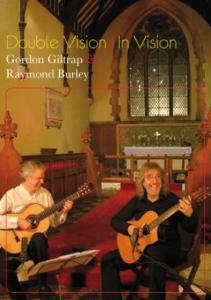 As you know, the Vision DVD is now out, and Ray and I are delighted with it, and a HUGE pat on the back must go to Harold Houldershaw for a job well done, and to our Sue Holton for the extra footage at Sittingbourne, and some cracking photos taken in the church during filming. The biggest thanks of course MUST go to Rob Ayling for putting it out in the first place. The music that Ray and I produce is perceived by some to have a limited appeal although we think it could and should be enjoyed by a much broader section of the record buying market. The general conception is that it's really for classical music buffs, which is sort of understandable, but I guarantee that anyone attending one of our shows would be converted instantly to it's accessible appeal. Anyway DO grab yourself a copy, you won't regret it I promise you.

So until the next time.

Sincere and Warm Regards
from The Troubadour.