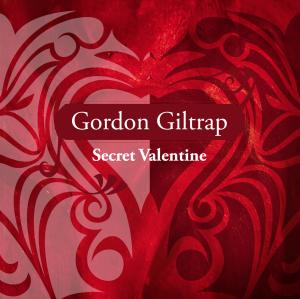 ( Repeated here for those of you who come straight to the News section and bypass the homepage! )

Dear friends old and new. I should like to say a big THANKYOU to all of you who attended my concerts this year, a year that has certainly been packed with many good things.

This year saw the release of two brand new CDs. 'As it Happens' and 'Secret Valentine'. The later contained three brand new GG compositions, and was really a vehicle for the new Polymer guitar, and the former was a live unedited affair to help launch the new Panacy label for my friend Graham Hazelwood.

2007 also saw the publication of my Troubadour  book, and of course that wonderful album The Long Road Home from Classical guitar Maestro Raymond Burley which featured seventeen of my compositions that Ray lovingly arranged for classical guitar. This stunning album was released on the Hypertension label, and has a book of the same name published alongside it on Lathkill publications, who also produced the Troubadour book along with the Double Vision Book.

So you see, much has happened in this fast flowing year.

My plans for 2008, are several 'special' events to celebrate my 60th year on this earth, one of them being a concert at Birmingham's newly refurbished Town Hall in September with my pals Ray Burley, John Etheridge, and Mr Rick Wakeman. Both John and Ray are 60 next year, Mr Wakeman hits the big 60 the year after! One of the main events for 2008 will be the release of the Giltrap Wakeman album, an album of tunes inspired by works of art, from sculptures to paintings. The title has yet to be agreed on, so watch this space as they say!

The Double Vision DVD "In Vision" will be out early in 2008, but for now, you can watch a seasonal taster "A Christmas Carol" by clicking here

In 2007 I picked up one or two stunning new guitars..SURPRISE SURPRISE, and to balance things out I sold a few also.

On a final note I should like to thank Sue Holton for making this site of mine something really special. Sue's devotion to detail is astonishing, and her ideas for the site just keep coming. So thanks Sue, and thanks to Dave Van Walwyk for continuing your sterling work with Airwaves. If I have missed anybody out I deeply apologise.

Hilary and I wish you all a great Christmas and an equally wonderful new year.

The show is now available on listen again, however, I can't find a direct link for you.

You need to  Click here and then do the following:

Although there is a fast forward button, I couldn't get it to function, but please persevere - it's worth it.

Gordon's appearance starts at about 35 minutes with Heartsong. After chatting with Rick, they play a duet, then Gordon plays a solo track and finally goes on to play the part of the Prime Minister "Gordon Down and Out" in Ricks annual Panto. Another first for Gordon - I guarantee you've never heard him like this before !!!

Gordon is delighted to announce the release of a new 15 track studio CD called Secret Valentine. This CD was recorded entirely on the revolutionary new Cool Acoustics / Rob Armstrong Secret Valentine hybrid acoustic guitar.
The album is recorded as an enhanced audio CD that includes a video interview with Gordon and the creators of the guitar

Find out more about the CD release on the Latest Releases and Discography sections, or read about Gordon's involvement in the development of the Secret Valentine Guitar Click Here

Cool Acoustics has a new microsite with more information for those of you who wish to find out more about the Secret Valentine project.. Click here 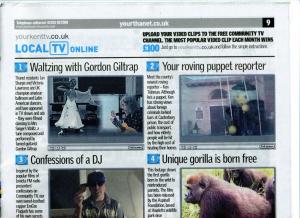 The beautiful video of Gordon and Thanet dancers Ian and Victoria has been uploaded to the online newspaper called Your Thanet and was featured in their local free printed edition as one of the best recently uploaded videos.

Please go to the following link then scroll down and click to play the video. While there click on the stars to rate the video, leave a comment and give all concerned some well deserved publicity.
Many thanks

Those of you who are subscribed to Gordon's email newsletter Airwaves should have received the latest one today. It would appear that if you read your emails using Gmail, their system is wrongly identifiying our mailout as a suspected phishing attack. The is little we can do to stop this, but please be assured that it is quite safe to read! If you are affected by this, you can read the message as normal, but we would appreciate it if you could also do the following: Click the down arrow by the reply option, and then click "report as not phishing" many thanks. Sue (GG webmaster)

New, previously unseen videos are being added to the Gordon Giltrap Youtube Channel on a regular basis. Make sure you subscribe so that you are kept up to date. 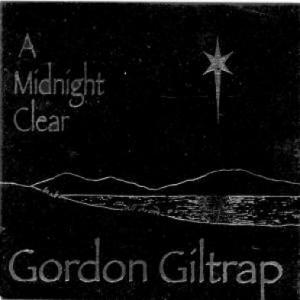 With Christmas fast approaching, if the prospect of listening to the same old music yet again fills you with dread, don't forget Gordon's superb CD of Christmas music A Midnight Clear is available for purchase.

This CD has all your favourite Christmas carols given the timeless Giltrap acoustic guitar treatment.

The lack of pretension and simplicity found on 'A Midnight Clear' will appeal to anyone who would like to get back to the spiritual meaning of Christmas.