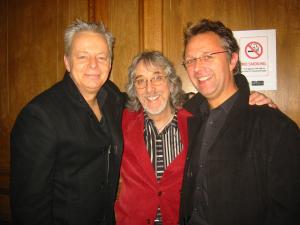 I just wanted to share with you a special night at the Sheffield Memorial Hall last Thursday with Tommy Emmanuel and Andy McKee.

I was at this very venue performing only a week or so prior, the only difference of course is that Tommy sold out and I had 130 loyal fans turn up for my show which of course looks a bit empty in a 450 seat theatre.


I have to tell you that Tommy was of course his usual dynamic self and his special guest Andy McKee was brilliant. After Andy's set Tommy came on to thunderous applause and he immediately welcomed me to the show and stepped down from the stage to embrace me and thanked me for coming. I was needless to say VERY touched by this. Tommy is a lovely generous man, and is without doubt THE GREATEST guitar entertainer in the world today. He has worked hard over his 45 plus year career to get to his lofty position today and deserves it BIG TIME, I take my hat off to him. 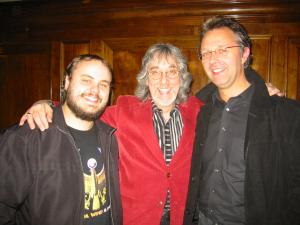 After the show I went back stage for a brief chat with Tommy and was greeted at the dressing room door by Andy, who said how thrilled he was to meet me, he knew of my reputation and was beaming from ear to ear. I of course had no idea that this young guitar virtuoso from the States had ever even heard of me. Life can throw pleasant surprises from time to time can't it! Tommy and I shared a few stories about seeing old friends like Albert Lee, and Tommy for some reason kept reffering to me as 'The Guvnor', which was kind of him!


Later on after Tommy finished his meet, greet and signing section in the foyer, we had a little photo taken with myself, Tommy and our dear pal Geoff Olner who is also a HUGE Tommy fan. 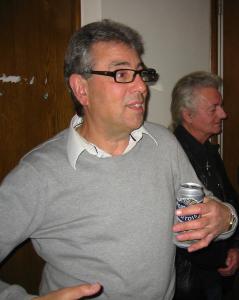 A lovely end to a special evening BUT, it didn't end there! Would you believe that next door in the big hall 10CC were playing, so I took the opportunity to pop back to see my old friend Graham Gouldman who I hadn't seen since the Ivor Novello award ceremony way back in 89. 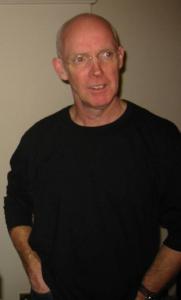 To my utter surprise two of the musicians that were in Heathcliff - Keith Hayman and Mick Johnson were also there and currently playing with 10CC.

It was definitely an old muso's reunion that night back stage in Sheffield.