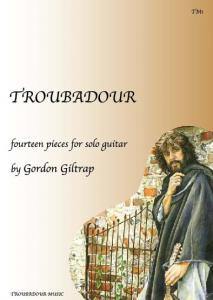 Gordon was due to play at the Acoustic Festival of Britain on Sat 28th July, however, this has been CANCELLED due to adverse weather conditions.

Looking back through some old photos recently Gordon suggested that there should be a gallery of pics on the site of the Double Vision concert from 19th Nov 2005 in Abingdon. The concert was a charity event for Katharine Kent's Future Talent, and raised over £1600.

On 24th August 2007, Gordon will headline the Limerick Acoustic Guitar Festival. Click here to find out more, and read about the Irish Connection.

The Troubadour Music book was officially launched on 12th July, when Gordon gave a special performance at PMT music store in Birmigham.

Read more about this exciting new publication in the Latest releases section Click here. Now updated with Gordon's comments on the evening. 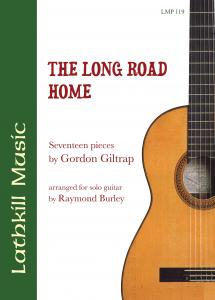 Ray Burley's book of my pieces that mirror the material on his forthcoming album for Hypertension 'The Long Road Home' is now complete and published by Lathkill publications.

The Book and CD will be launched on 26th October at a concert in Birmingham. For more info Click here

I'm pleased to say that I have just completed my pieces for the proposed Giltrap Wakeman album, and I'm delighted with them.

What I have done is to send Rick a selection for him chose whatever takes his fancy. In the meantime he will be sending me his tracks for moi to work on. This will certainly be a challenge for me, and is in all honesty a strange feeling, it's almost like being a 2007 member of Yes, walking in Steve Howe's shoes. I feel pretty honoured and hope I can do justice to whatever the great Rick decides to send.

I really don't want to give too much away at this time except to say that some of the pieces have been developing over a long period and one piece in particular goes back to 1973, and I can remember writing the piece in Roger Bucknall's flat in St Helens all those years ago. The pieces were recorded here at home and then mastered by the wonderful Mr Paul White at his studio in Malvern.

It seems as though it's all systems go on the recording front, because apart from the above mentioned tracks, I'm two thirds of the way through recording material for ANOTHER album, this time under the banner of Cool Acoustics for Loughborough University on the new Polymer guitar.

The album will contain all of my personal romantic pieces like Down the River and Secret Valentine, in fact that is going to be the albums title and it will be released on Voiceprint once completed. It will also be a dual function CD ROM containing footage of me talking about the project and probably playing one or two pieces to camera!