29th July 2013 sees the re-release of my three classic albums from 76 to 79. Visionary, Perilous Journey, and Fear of the Dark.

Cherry Red Records who released Ravens and Lullabies have taken on the task, and Oliver Wakeman has worked on the artwork and layout of all three albums.

Many of you will remember good old Voiceprint putting out these old chestnuts quite a few years back. Having Oliver on board to do the artwork will certainly add that extra touch of class to the package, and that respected journalist Malcolm Dome interviewed me for an updated history on the writing and recording of these now classic albums.

All three releases have the already mentioned new sleeve notes plus bonus tracks, and cherry picked archive material from that period. They have all been digitally remastered to the highest standard possible. 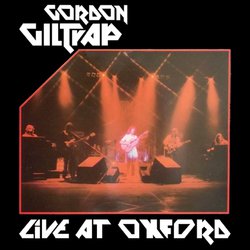 I firmly believe that these albums represent the best re-releases I have been associated with for many years, and it is great to know that the music contained has stood the test of time. Live at Oxford will be the next re-release on 26/08/2013.

I hope these albums become a welcome addition to your GG collection, and I thank Oliver and the record company for working so hard to make this a bit special.
Tweet