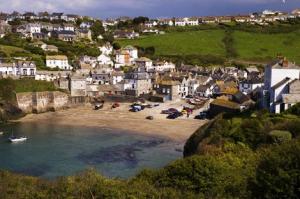 Gordon has decided to sell some unwanted guitars via GUITAR JUNCTION Worthing Sussex.

Hilary and I just returned from a lovely few days in beautiful Port Isaac. Whilst there I did a fund raising gig at the village hall, which was a joint birthday celebration for myself and Sam Littlechild who also reached the grand old age of 60. The turnout was wonderful and folk travelled quite a way to share the evening with us, one guy was celebrating his sixty first birthday, and I dedicated a piece to him.


A special thanks must to Sam's lovely other half Dee for working SO hard on the promotion and making sure we had a full house.

This year Hilary has volunteered me to take part in the Port Isaac Panto which will be Babe's in the Wood meets Robin Hood...watch this space for MORE details. I shall be rubbing shoulders with Laurence Llewellyn Bowen and his wife Jackie who also take part as they have a cottage and shop in the village. It should be fun, and at my age that's no bad thing eh! Oh no it isn't...oh yes it is....sorry about that. 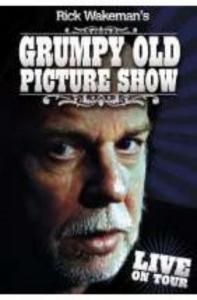 From Brush and Stone.

Things are moving along nicely with From Brush and Stone. Jan Leytham-Gain has done a wonderful job on the artwork and the CD will contain a DVD interview with Rick and myself chatting with John Kirkman. One interview was done at a gig I did for Rick in Norfolk at Scole village church, and the other concluding interview was filmed at the Stables Theatre Wavendon. Needless to say Rick's input is VERY funny!

The dvd of the recent Rick Wakeman tour is now available. Gordon was a nightly guest on the show via filmed footage with Rick playing along live. Find out more about the dvd here which features the duo ( or should that be trio ? - you need to buy the dvd ! ) playing a track called Counter Attack.

I recently acquired a new 12 string guitar from E-Bay. This will be the first time I have taken the risk and bought a guitar unseen and unplayed BUT when I tell you that it was made by one of THE great giants of guitar making Dick Knight you will get the picture.

Dick Knight sadly passed away a few years ago, but during his lifetime he made some of the most beautiful guitars ever. Mike Oldfield had and maybe still has a Dick Knight guitar. John Renbourn is also the owner of one, and I believe that Wings guitarist Denny Lane owned several Knight guitars. If you get a chance just Google 'Dick Knight' to find out more info on this remarkable and legendary maker.

I have as yet to take possession of it as I don't really want to risk it being damaged in transit, so the lovely Sue and Mike Holton are going to collect it for me from Sevenoaks and then get it to me whenever. I do have several guitars to be getting on with so it will be worth the wait. I shall get our Sue to take more pics of it for the site so you can all see how stunning it is. I also forgot to mention that Dick Knight was Rob Armstrong's favourite maker and was in his own way an inspiration to the young Armstrong all those years ago!

I have been asked to contribute a track to a charity album being put together by Paul Farrer, he is the guy who wrote the music for The Weakest Link. He said that he would like a classical style track, so to that end I have given him a few to chose from. Jesu Joy of Man's Desiring, Minuet, Romanza, or Bouree. All taken from 'Remember This'. My favourite is Minuet - that features Hilary Ashe Roy's superb flute playing.

Paul wrote:
"Hi Gordon,
you don't know me but I am a friend of Paul White's and I'm putting together a charity album in aid of raising funds for The St James Community Project. This is an ambitious plan to expand the tiny village school in West Malvern to include a hall and outside sports playing areas (neither of which it has at the moment). We are also  planning to allow all the new areas to be used by various local groups and organizations that currently struggle with the charming but hopelessly inadequate West Malvern Village Hall.

Anyway, I am asking musicians to submit tracks of music with a classical flavor for an album that will appeal to the Classic FM type audience - a market that might not ordinarily have anything to do with school or West Fest - of which we are all already extremely grateful for your massive contribution already !

So this is to ask if you have any light/classical recordings you could donate that we might use on the CD. A little Bach or Mozart or something Traditional maybe - preferably well out of copyright!  We already have some wonderful players lined including a track Vo Fletcher recorded with Nigel Kennedy and some terrific solo performers and choirs.

Adding your name to the CD would be a tremendous boost to our cause and we would be truly honored to have anything you could donate.

Very best wishes and huge thanks from everyone in the village for all that you have done already!
Cheers
Paul Farrer" 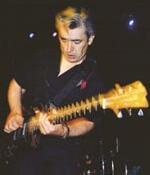 I forgot to mention that whilst on our way to Chelmsford, Hilary and I stopped of in Great Dunmow for a mooch round the shops such as they were, and whilst looking in the local charity shop Hilary found an ancient guitar tutor written by none other than the legendary guitarist Chris Spedding. I met Chris a few years ago at Mike Batt's house, and prior to that at a meeting in the early 70s at RCA's office to meet the legendary Chet Atkins.


Anyway when I returned home I looked at Chris's website, left the following message:

Just a quick line to say that I recently acquired a book entitled 'The Wright Guitar Tutor' written by your good self! Do you have a copy? If not I would be more than happy to send it on, it's in really good condition.

and lo and behold he got back to me saying how much he would love the book as he hadn't seen it for years!

Nice to hear from you. Your e-mail was forwarded from my website. Wow, I've not seen that tutor in over 40 years - I think I got paid a fiver for it! I did it when I was about 18 years old, working behind the counter at Clifford Essex in Earlham Street selling strings and sheet music. I'm sure it's very cringworthy, but I'd love to add it to my archive. Thanks for the offer.

Yes I remember being invited to see Chet. I seem to remember Dave Edmunds pretty much monopolizing him! But it was great to shake Chet's hand. If you type Chet Atkins into YouTube you can find some great old TV performances from him going right back to 1954. He's always inspiring.

All the best, Chris S