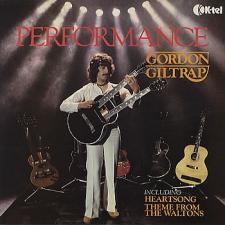 Only released on LP by K-Tel, a selection of tracks including "Theme From The Waltons" which was released as a single.