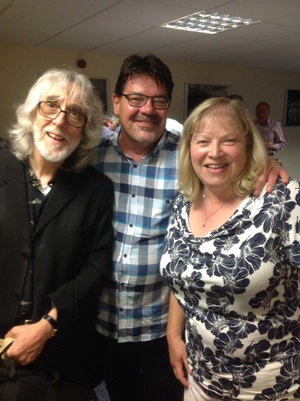 Colin and Gillian McCormack are two of the nicest people one could wish to meet, and it gave Hilary and I great pleasure to share their 30th anniversary evening at a local Rugby club not far from Garstang in Lancashire on Saturday the 13th of June. The small but appreciative crowd were a joy to play for.

I took my usual small PA system (which is a rarity these days as I only use it for occasions such as this having made the decision that I'm too old to be lugging gear around at my age) which suited the room perfectly and to have on hand a host of roadies was a luxury!