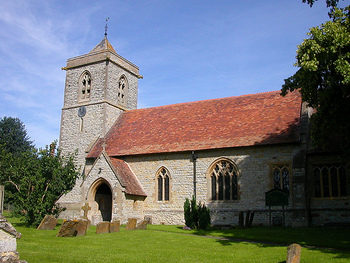 I am delighted to be playing with my good friend and brilliant guitarist Nick Hooper.

As a Church of England vicar, Martin Green is responsible for 2 Warwickshire churches. In 2008, tragedy struck when, on Palm Sunday, one of his churches (St Nicholas') was broken into and burnt down. Later that year, his other church (St Michael's) was declared an emergency restoration project, when large chunks of stone began falling out of the church tower, threatening closure.

St Michaels church in Bishops Itchington was built in its present form in 1872, but sadly, the stone used has gone way beyond its safe sell-by date. We are currently facing a £250,000 restoration project to prevent the church from closing.

English Heritage have stepped in and offered a substantial grant towards these costs. They have recognised that our church is an integral part of the community as well as being a historical landmark. It is used by the community for all kinds of things that span all ages, from mums and tots to pensioners' lunches, as well as weekly worship.

Do please support us by coming along – it promises to be a very special evening.

You are best to secure a ticket in advance but there will be tickets on the night as there is plenty of space!

Refreshments will be available.