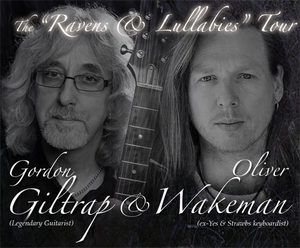 If you weren't able to get tickets for this event - don't panic ! Gordon and Oliver have agreed to do a second show on 4th Oct.