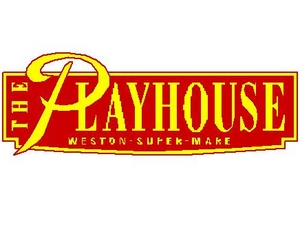 The Playhouse Theatre in Weston-super-Mare is a 664-seat venue offering a year-round programme of entertainment. It puts on around 300 shows a year which include both amateur and professional productions covering music, drama, comedy, opera, children's shows, ballet, musicals and pantomime. The bar and coffee area are open from 30 minutes before curtain-up until the end of the interval and offer drinks, crisps, ice creams and confectionary.